Anawrahta-The Great King, With the largest cabin space on the Ayeyarwady, and the highest crew to passenger ratio, The Anawrahta offers the finest on-board experience in Myanmar. This impressive vessel is named after the founder of the Burmese nation, modern day Myanmar. During his reign, from 1044-1077, he introduced and spread the religion of Theravada Buddhism throughout the land.

Mid-morning you will board our luxurious river-cruiser, berthed on Mandalay's river bank. Lunch will be served as we sail to Mingun, and visit the site of the huge unfinished pagoda of King Bodawpaya and the world's biggest un-cracked bell. Here there will be an early-afternoon walking tour. Afterwards the ship will sail downriver to Sagaing where we will moor for the night, with a beautiful view of the illuminated pagodas of these sacred hills. Dinner and evening entertainment on board.

An early-morning yoga session will be available. After breakfast a shore excursion will show you the main highlights of Sagaing before crossing the river using a bridge built by the Colonial British in 1934 and going to the ancient capital of Ava. Home to the Burmese Kings for many centuries, the tour of Ava will be by traditional horse and cart and will include a visit to the Bagaya Kyaung, a beautiful teak monastery built in 1834 which continues to be a monastic school. At lunchtime the ship will continue downriver. During the afternoon there will be cultural demonstrations onboard and a late-afternoon lecture. Tonight the ship moors at Yanderbo.

Today there will be an early walking tour into the riverbank village of Yanderbo. This is the place where, in 1826, the King of Ava signed the Treaty of Yanderbo signaling the end of the First Anglo-Burmese war. Now the villages produce a type of water pot which is reputed to keep water cooler than pots from anywhere else. As we sail on we will pass the confluence of the Ayeyarwady and it's greatest tributary, the Chindwin River. We will arrive in Bagan in time to give you an orientation tour which will include the magnificent Ananda Temple, the pretty Sulamani Pagoda and end at one of the ‘sunset’ pagodas to watch the breathtaking vista of the sun setting over the temple-strewn plain. Tonight the ship moors at Bagan.

This morning there is the option to join a sunrise balloon flight over the area – an incredible experience. Please note that advance booking for this is nearly always required. After breakfast the morning tour will take you to the bustling Nyaung-U market and the revered Shwezigon Pagoda. Then you will make a visit to one of the famous lacquer ware shops where the fascinating production techniques of this ancient craft will be explained. After a visit to see the fine frescoes inside the Wetkyi-In Gubyaukgyi Pagoda you will return to the ship for lunch.
In the afternoon, there are two options. The first is a visit to sacred Mount Popa, an extinct volcano which is believed by the Burmese to be home to their animist spirits the Nats. This will include a stop en route at a Toddy Palm plantation.
The second option will first explore the area around Myinkaba Village. Here you will visit the Manuha Pagoda which dates from 1059 and is where King Anawrahta imprisoned the Mon King, Manuha. A short distance away is the beautiful architecture of the Gubyaukyi temple. The tour will then move to the area around Minnanthu Village and will include a walk through the village itself. Farewell Dinner and evening entertainment on board. 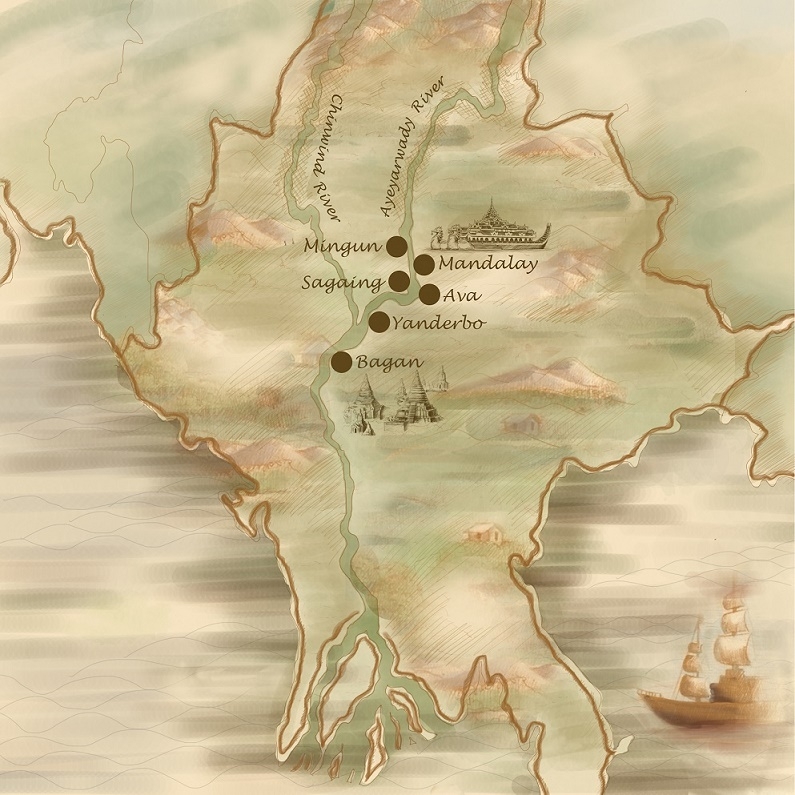 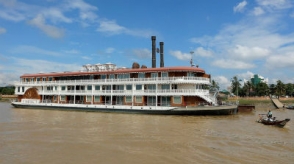 Yangon - Bagan - Ayeyarwady River: 8 Days 7 Nights
8 days 7 nights
Anawrahta-The Great King, With the largest cabin space on the Ayeyarwady, and the highest crew to passenger ratio, The Anawrahta offers the finest on-board experience in Myanmar. This impressive vessel is named after the founder of the Burmese nation, modern day Myanmar. During his reign, from 1044-1077, he introduced and spread the religion of Theravada Buddhism throughout the land.
$7000 - $8450 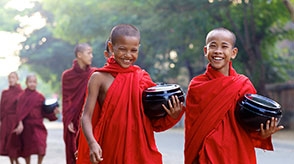 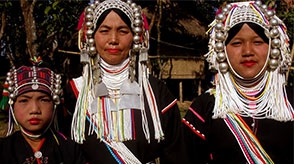 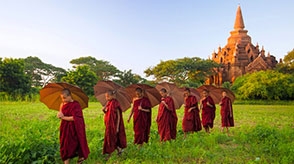 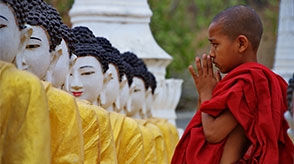 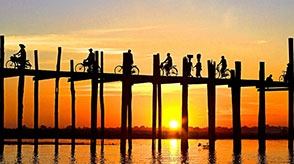 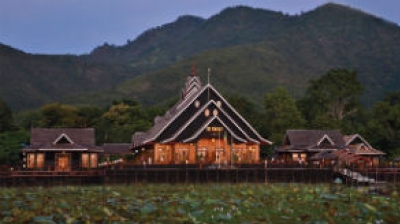 Serenity Inle Hotel
$130 - $180
For travelers who want to take in the sights and sounds of Inle Lake, The Serenity Inle Resort is the perfect choice. Set 5.4 km from the excitement of the city, this 4-star hotel commands an excellent location and provides access to the city's biggest attractions. With its convenient location, the hotel offers easy access to the city's must-see destinations.
Detail

Shwe Pyi Thar Hotel
$90 - $200
If what you're looking for is a conveniently located hotel in Mandalay, look no further than Hotel Shwe Pyi Thar. The city center is merely 0.5 km away and the airport can be reached within 45 minutes. For those of you who want to venture out, Dohbamar Dental Clinic, Aye Mya Nadi Hospital, Drmaung Maung Gyi Clinic are just some of the attractions available to visitors.
Detail 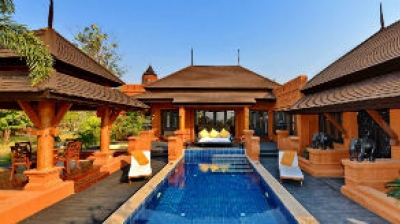 Aureum Palace Hotel & Resort
$200 - $300
Set within Bagan Archaeological Preservation Zone amongst the ancient temples of The Kingdom of Bagan this expansive resort and luxury spa set amidst 27 acres of tropical landscaped gardens offers the ultimate in relaxation for guests seeking a unique experience for the historical traveler. Antiques, artifacts and local arts uniquely adorn each property, complementing the majestic ambiance of the resort and surrounds. Strolling through the grounds enjoying the breezes rolling off the lake refreshes the palate from the heat and dryness of ancient Bagan. Bedrooms are spacious and elegant with all modern facilities: bathrooms are large and lavishly equipped with luxurious amenities. Indoor or al-fresco dining options and bars, cultural entertainment or rest by the poolside for ultimate repose.
Detail

Tharabar Gate Hotel
$140 - $200
Perfect for exploring the archaeological zone, this hotel is situated right in front of the stunning historic gates of the 10th century pagoda city of Bagan. The stylish hotel features beautifully designed and spacious rooms furnished in local teak wood with spectacular views of surrounding temples. All the 86 luxury rooms and four suites feature modern amenities and great hospitality to make your stay a memorable one. Located just 15 minutes away from Nyaung Oo airport and overlooking the famous Anandar temple, this property is a relaxing base for travelers. The two dining choices provide guests with a wide range of delicacies. Also experience the spa with special treatments. The Hotel @ Tharabar Gate awaits your visit.
Detail 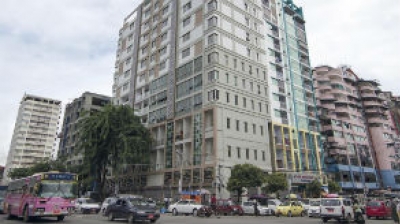 Best Western Chinatown Hotel
$75 - $120
Best Western Chinatown Hotel warmly welcomes you to Yangon. With our perfect location in the heart of Myanmar's commercial capital, you are invited to relax and enjoy the distinctive charms of this captivating city. Best Western Chinatown Hotel guarantees a restful stay with services and amenities designed to make the hotel feel like a 'home away from home'. Our professional and friendly staffs are committed to ensuring that your stay is both enjoyable and comfortable, while our ideal location and complimentary wifi will ensure that you are well connected at all times.
Detail 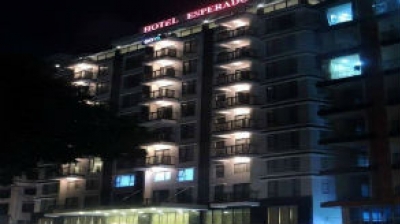