BANGKOK is not only the official capital of Thailand, but also the largest city of Thailand

Settled in the 15th Century and founded as the Capital of Thailand in 1782.

Meaning of Bangkok : a village located on a stream

Religion: Accounting for 92% of city population are Buddhist, and 6% are Muslim, and others 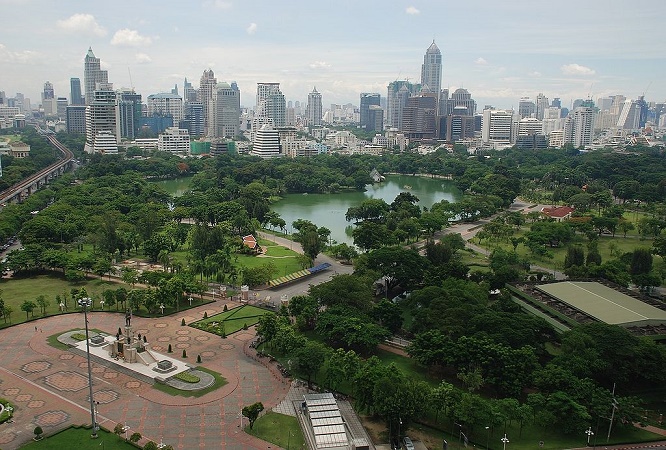 In the history, Bangkok was a small town of Ayutthaya in the 15th Century on the west bank of the Chao Phraya River, and then it became the comercial city in the 18th Century. In the 19th Century, Sometimes Bangkok got unstable polictical struggle. In 1930, the monarchy was abolished absolutely, and the country had a new constitution. The City then got very fast growing change in the 1960s.

The econimic booming development among the South East Asian Countries in the 1980s and the 1990s flourished many multi-international companies based in Bangkok. Bangkok gradually becomes a center of health care, education, transportation, tourism, muti-media, entertainment and very important polictical head quarter. Bangkok's Economy contributes about 40% of Thailand's GDP.

Bangkok is one of the world's top tourist destination cities, accounting for 20 million international tourists had been to Thailand in 2015

Cimate: Like most of Thailand, Bangkok has a tropical savanna climate, wet and dry, the temperature is quite hot whole year around. It is much cooler at around 22 oC in December, but extremly hot in April at around 34 oC.

The Best Attrachtions in Bangkok: 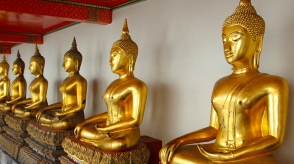 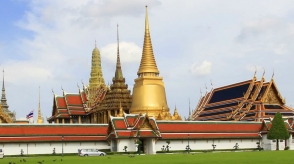