CAT BA ISLAND is the biggest of 370 islands in Cat Ba Island group, actually It locates in the edge of main Halong Bay. Just 30Km away from Hai Phong City and 25km from Halong City.

National Park:  It is a karst area, the park contained 109 km² of land area and an additional 52 km² of inshore waters, and the cave system

Population: 20,000 people, there are about more than a half of population here live on tourism industry and the rest live on fishing, fish farm in the floating villages, and farming in paddy rice field. 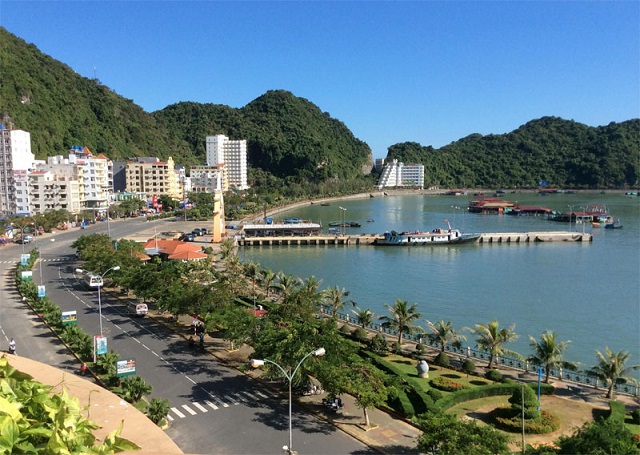 Before 1997, Cat Ba was a poor island without electricity, and it was a big fishing village, Cat Ba town has grown rapidly and has become a tourist hub for both the Island and greater Ha Long Bay since the local government built the cable and electricity network, infrastructure for this small town

Cat Ba today becomes a busy town for tourism, many hotels and restaurant are built for tourist demand. There are a few wonderful beaches in Cat Ba Island, and in some other island nearby.

Tourism: Majority of population live on tourism, even the fishing village also supply a big market for the seafood to the local restaurants. You can have some great travel activity on the island on your holidays such as: Swimming at sandy beaches, biking in the quite road, trekking in the national park, kayaking in the bay, camping, climping and wildlife discovery in the park. 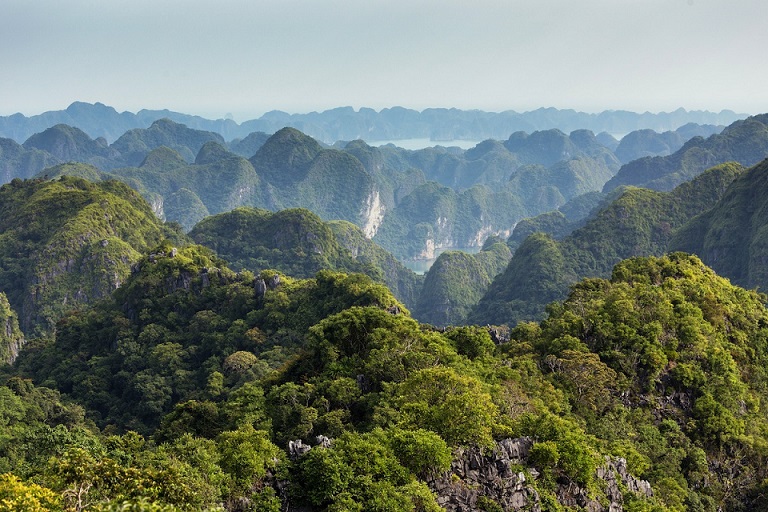 Biodiversity: Besides its natural beauty, the park is home to an almost unbelievable number of species , 1,561 recorded species of flora found in the park, from 186 families, The fauna on the island consists of 279 species, 160 bird species, 66 species of reptiles and amphibians, and 274 species of insects, 900 sea fish, 178 species of coral, 7 species of sea snakes, 4 species of sea turtles, and 21 species of seaweed are found around Cat Ba Islands 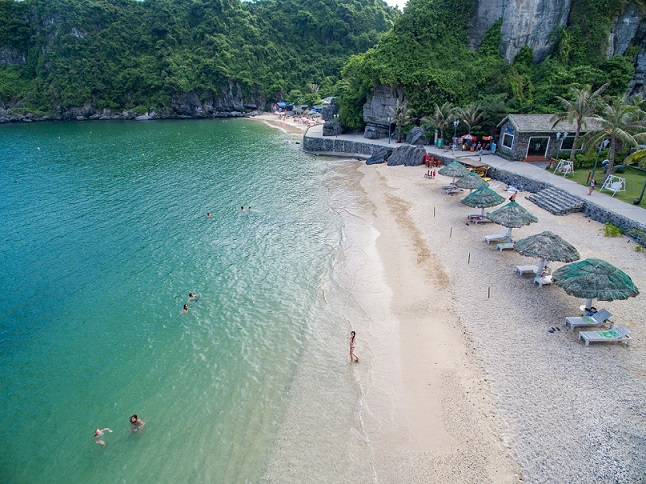 Cat Ba Langur: It is one of the most endangered primates in the world. The langurs population numbers, which used to be between 2,400-2,700. They are strictly proctected by the park rangers on the island.