The island covers approximately 144 sq Km2. Khong Island is noted for its natural beauty and is a growing tourist destination

This island consists of 4,000 small islands , has a total of 19 villages, many of which derive their livelihood from fishing. The main market in Ban Kang Don is a great place to visit in the early morning to see the many varieties of fresh Mekong fish available.


The main market in Ban Kang Don is a great place to visit in the early morning to see the many varieties of fresh Mekong fish available.
Other specialty products of the island include palm sugar, palm leaf hats, and Lhao Khao Gum-a potent alcohol. Two of the island’s mountains, Phou Kyo and Phou Kew, each have sacred caves and offer a refreshing walk in the forest with clear views of the island. A fantastic way to see the island is by bicycle or motorbike, following the paved ring road around. 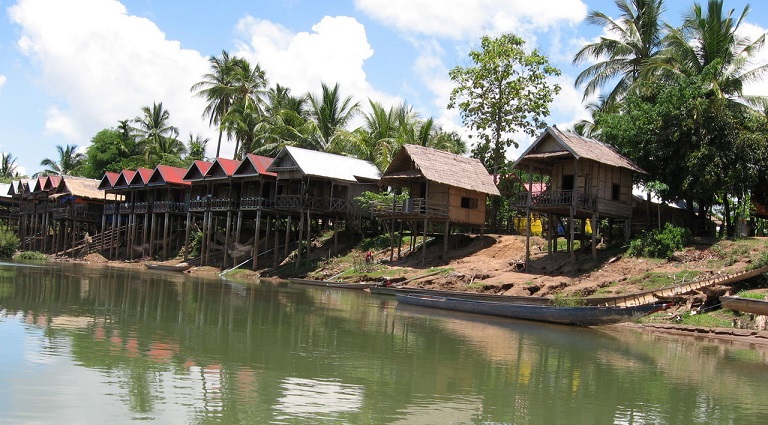 A village in Don Khong

Si Phan Don: The Four Thousand Islands have three main destinations for travellers：Don （Island) Khong is the biggest, but apart from the usual chill &look there's nothing great to do there. Most people head to Don Det or Don Khon, where accommodation is cheaper, you can walk to one of the big Mekong-Falls by yourself, and biking and walking and swimming in the river is just the same as in Don Khong.

Khon Pha Pheng Waterfalls: The Khone Falls and Pha Pheng Falls: is a waterfall located in Champasak Province on the Mekong River in southern Laos, near the border with Cambodia, The Khone Falls are the largest in southeast Asia and they are the main reason that the Mekong is not fully navigable into China. The falls are characterised by thousands of islands and countless waterways, giving the area its name Si Phan Don or 'The 4,000 islands', The highest falls reach to 21 metres 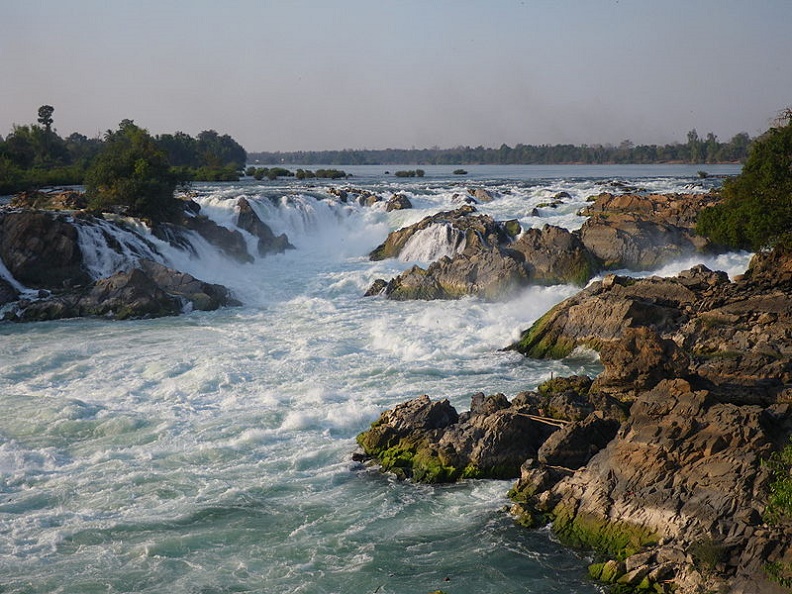 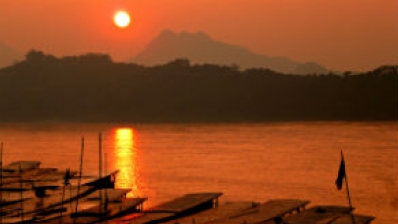