Vientiane is the capital and largest city of Laos, on the banks of the Mekong River near the border with Thailand. Vientiane became the capital in 1563 due to fears of a Burmese invasion, but ironically, the city was razed and looted to the ground in 1827 by the Siamese (Thai).Vientiane was the administrative capital during French rule and, due to economic growth in recent times, is now the economic centre of Laos.

Although still a small city, the capital experiences a major influx of tourists.

What to see in Vientiane?

- Tha Phat Luang: Although still a small city, the capital experiences a major influx of tourists. The city contains many temples and Buddhist monuments with Pha That Luang, a Buddhist stupa, one of the most famous in Laos. It is the most important national cultural monument and very popular amongst foreign tourists. The original was built in 1566 by King Setthathirath, and was restored in 1953. The golden stupa is 45 metres tall and is believed to contain a relic of the Lord Buddha 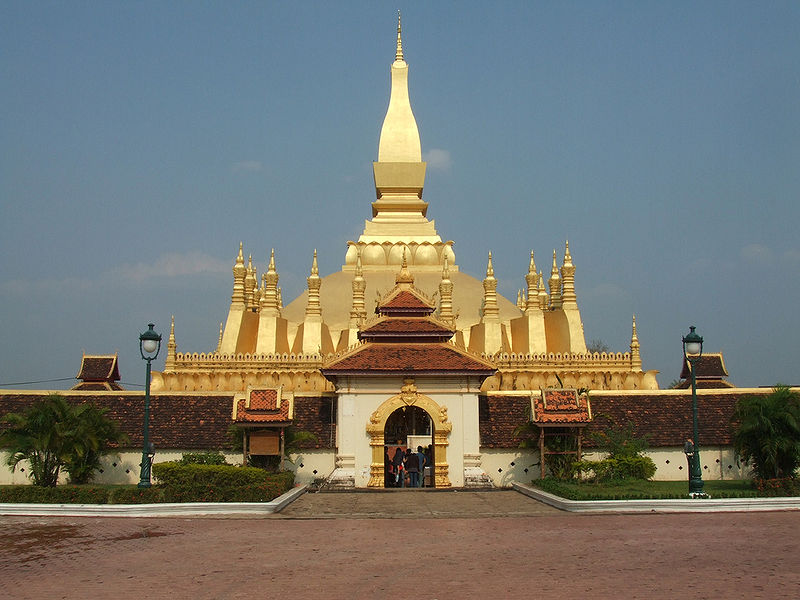 - Wat Si Muang: The temple was built on the ruins of a Khmer Hindu shrine, the remains of which can be seen behind the ordination hall. It was built in 1563 and is believed to be guarded by the spirit of a local girl called “Si". Legend says that Nang Si, who was pregnant at the time, leapt to her death as a sacrifice, just as the pillar was being lowered into the hole. In front of the temple stands a statue of King Sisavang Vong

- Haw Phra Kaew: is a former temple in Vientiane, Laos. It is situated on Setthathirath Road, to the southeast of Wat Si Saket. It was first built in 1565 to house the Emerald Buddha, but had been several rebuilt a few times. Haw Phra Kaew is now used as a museum where some of the best examples of Laos religious art is displayed. 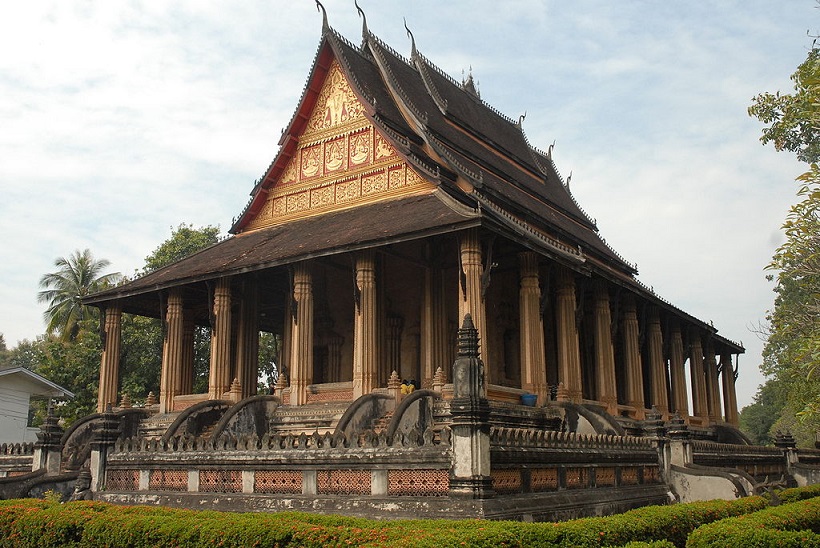 - Patuxai: The memorial monument, Patuxai, began construction in 1957 and completed in 1968, is perhaps the most prominent landmark in the city. While the Arc de Triomphe in Paris inspired the architecture, the design incorporates typical Lao motifs including “Kinnari”, a mythical bird woman. Energetic visitors can climb to the top of the monument, which reveals an panoramic view of the city.

- Buddha Park was built in 1958 by Luang Pu Bunleua Sulilat and contains a collection of Buddhist and Hindu sculptures, scattered amongst gardens and trees. The park was built about 28 kilometres south of Vientiane at the edge of the Mekong River. 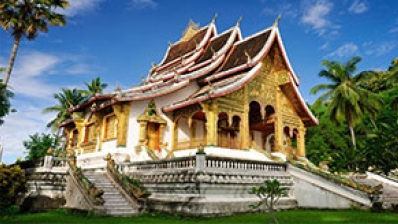 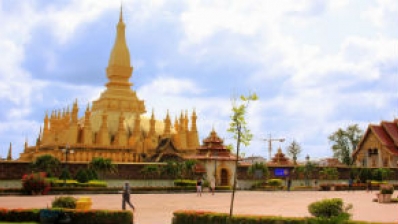