Hanoi was built in 1010 (11th century) by Ly Dysnasty and then was the mornachy Capital of Vietnam from 1010 until 1802. Later the main capital was moved to Hue as the central of Vietnam (680Km South of Hanoi).

Hanoi was captured and occupied by the French in 1883, and then became a French influent city in 19th and 20th Century, It was again accupied by the Japanese from 1940 until 1945.

Ho Chi Minh Former President took over Hanoi for a few months after the Japanese failed and left Vietnam in Sept 1945.

The French Troops were sent back to Vietnam and reinforced the power in Indochina ( Vietnam, Laos, Cambodia), the conflict happened between the Communists and the French in 1946, Hanoi was recaptured by the French until 1954 October.

After Vietnam War ( 1958 - 1975), Vietnam was reunified as the Socialist Republic of Vietnam, The new government declared it as the capital again of Vietnam until today.

October 2010 officially marked 1000 years since the establishment of the city. The Hanoi Ceramic Mosaic Mural is a 4 km ceramic mosaic mural created to mark the occasion. Hanoi has been inhabited since at least 3000 BC 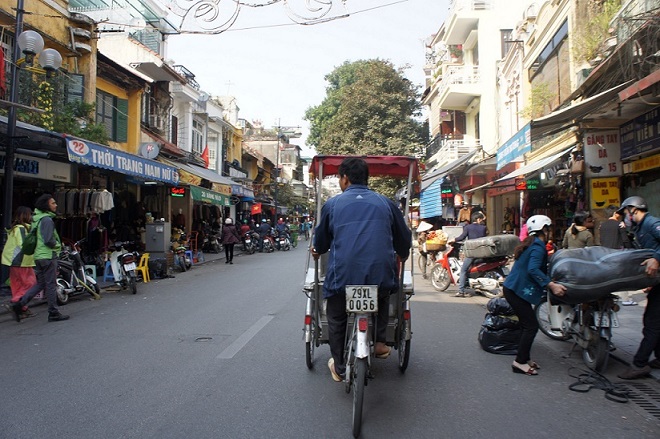 What to see in Hanoi?

- Hoan Kiem Lake: Is the heart of Hanoi, it covers an area of 50 ha

- One Pillar Pagoda: Original built in 1049 under Ly Dynasty, but destroyed in the war, and rebuilt in 1954. The Single Pillar Pagoda stands for Vietnam Buddhism

- Hanoi West Lake & Tran Quoc Pagoda: It is the biggest freshwater lake in Hanoi, covers about 500 ha, and here you can see a beautiful pagoda which was ever built as the first one in Hanoi in 6th Century A.D

- The Temple of Literature: It was the first university of Vietnam built in 1070, and was a Confucian university for Vietnamese shcolars from 12th to 19th Century, Over 82 well-known national examinations were held at this University System. Now it is a temple museum.

- Hanoi Old Quarter: It used to be a comercial village located nearby the Imperial City in 15th Century, and It got big development when the French captured Hanoi in late 19th Century, and this part of Hanoi became more wealthy and more French Influence

- Water Puppet Show: Your part of interesting trip to Hanoi is water puppet show, it takes about 45 minutes, but a great fun. 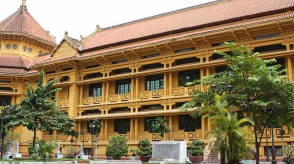 National Museum of Vietnam History
Comprising over 10,000 artifacts in the main hall of display and outdoor artifacts, the National Museum of History is comparable to an outdoor historical account in Ha Noi. The museum preserves and displays numerous collections and valuable artifacts that demonstrate the culture and the history of national foundation and preservation through historical eras from the Prehistoric Times (300,00 – 400,000 years) to modern times such as Dong Son Bronze Drum, Bat Trang ceramics, Shiva God Statues or wooden piles in Bach Dang battle…
View more 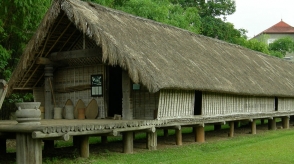 Vietnam Ethnology Museum
The Vietnam Museum of Ethnology is a big museum which focuses on the 54 officially recognised ethnic groups in Vietnam.
View more 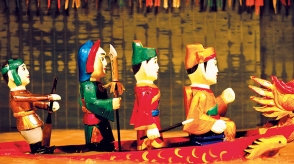 Vietnamese Water Puppet Show
Water puppetry is a tradition that dates back as far as the 11th century when it originated in the villages of the Red River Delta area of northern Vietnam. Today's Vietnamese water puppetry is a unique variation on the ancient Asian puppet tradition.
View more 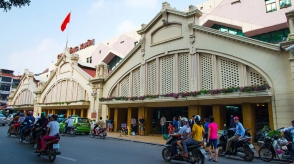 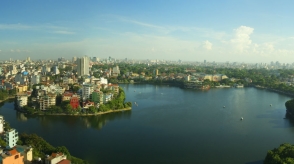 Hanoi Westlake
Westlake is the biggest lake in Hanoi, covers about 500 ha, a good place to see the sunset and a breath taking lake.
View more

Hoan Kiem Lake
Hoan Kiem is a scenic lake in the historical center of Hanoi, located in the heart of Hanoi, and today the lake is still referred to a legend of returning a magical sword in this lake in the 15th century under Le Dynasty
View more 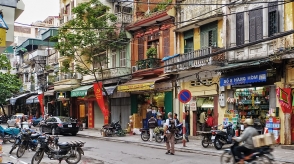 Old Quarter of Hanoi
The old quarter of Hanoi was established in the 15th Century as the first commercial place in Hanoi, where you still see many old houses today.
View more 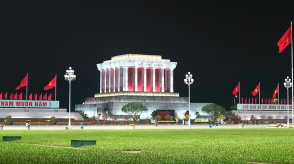 Ho Chi Minh Mausoleum
It is located in the center of Ba Dinh Square, which is the place where Vietminh leader Ho Chi Minh, Chairman of the Communist Party of Vietnam from 1951 until his death in 1969,
View more 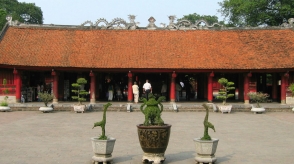 Hanoi Temple of Literature
It was the first university of Vietnam built in 11th Century, and considered as the first educational center of Vietnam, later these Confucian schoolers and graduatees worked for the royal gorvenment.
View more