The city locates at right the heart of the central highland of Vietnam, 1300 km from Ha Noi, 500 km from Da Nang, and 350 km from Ho Chi Minh City. Lying on a fairly flat highland, at an average height of 536m (1608 ft) above the sea, Buon Ma Thuot has a vital role in Vietnam's national security and defense system

Buon Me Thuot is home to coffee plantation, it was brought to Vietnam in 1870, but the coffee plantations were developed here in 1930. Today the local coffee is exported to many countries in the world. Some of the biggest companies are Trung Nguyen Coffee , or Highland coffee. .

What to see in Buon Me Thuot?

- Lak Lake: 50km southeast of Buon Ma Thuot, Vast, tranquil and fringed by rolling hills, Lak Lake is the Central Highland’s largest natural freshwater lake. It is home to the Mnong, a tribe that relies on the lake for their livelihood and they can be seen fishing in traditional dugout canoes.

- Ethnographic Museum: the exhibitions tell an important narrative about what shaped Dak Lak province: people and immigration, biodiversity, and history, from prehistoric to present day. Though the focus is Dak Lak and its three indigenous people, the Ede, Mnong and Jarai 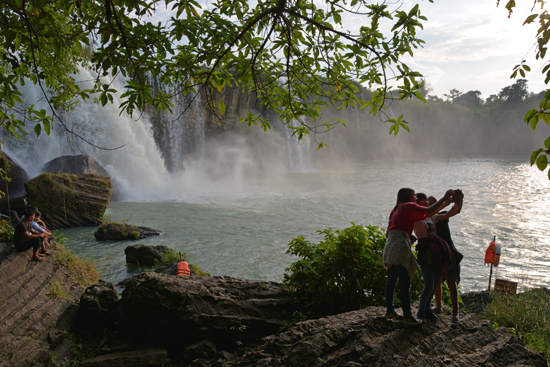