Today, the visitors can see some remained buildings in the citadel. The vast 19th century citadel which are surrounded by a moat and brick walls. The whole structure were built  from 1805 until 1833 under 4 different Kings. The Citadel concludes the Imperial City, Forbidden City, The Emperor's palaces, many family's temples, and royal court. And at this Imerial City, the last king of Nguyen Dynasty surrendered the Communists in August 1945, and ended the monarchy of 13 Nguyen Kings after 145 years of rule. 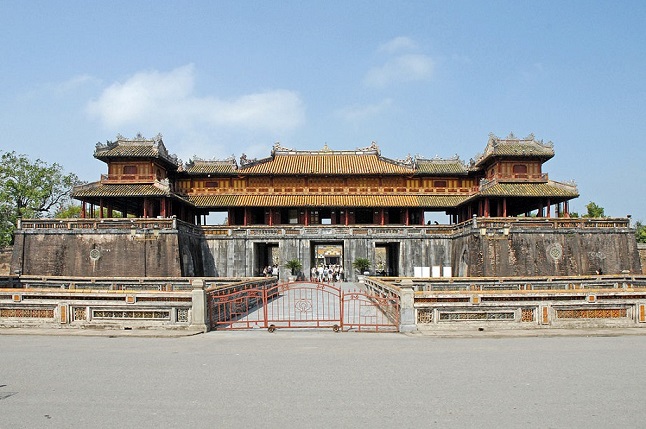 Established as the capital of unified Viet Nam in 1802, Hue was not only the political but also the cultural and religious centre under the Nguyen dynasty until 1945. The Perfume River winds its way through the Capital City, the Imperial City, the Forbidden Purple City and the Inner City, giving this unique feudal capital a setting of great natural beauty.

The whole complex was built from 1802 to 1833 by 3 different kings of Nguyen Dynasty, and recognized as a World Heritage Site in 1993 by UNESCO as The World Cultural Heritage.

The Imperial City of Hue has a circumference of 10 kilometers with the height of 6.6 meters and 21 meters thick with forts being meanderingly arranged, accompanied by cannons, artilleries and ammunitions. Initially the fortress was built solely by soil, only to be replaced by bricks afterward. Surrounding the city is the complicated canal system served not only as a protection but also as a waterway with nearly seven kilometers.

What can you see today at Hue Citadel? 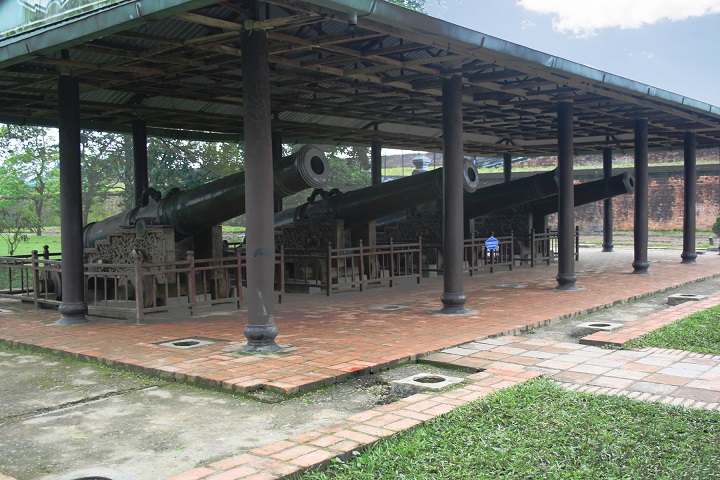 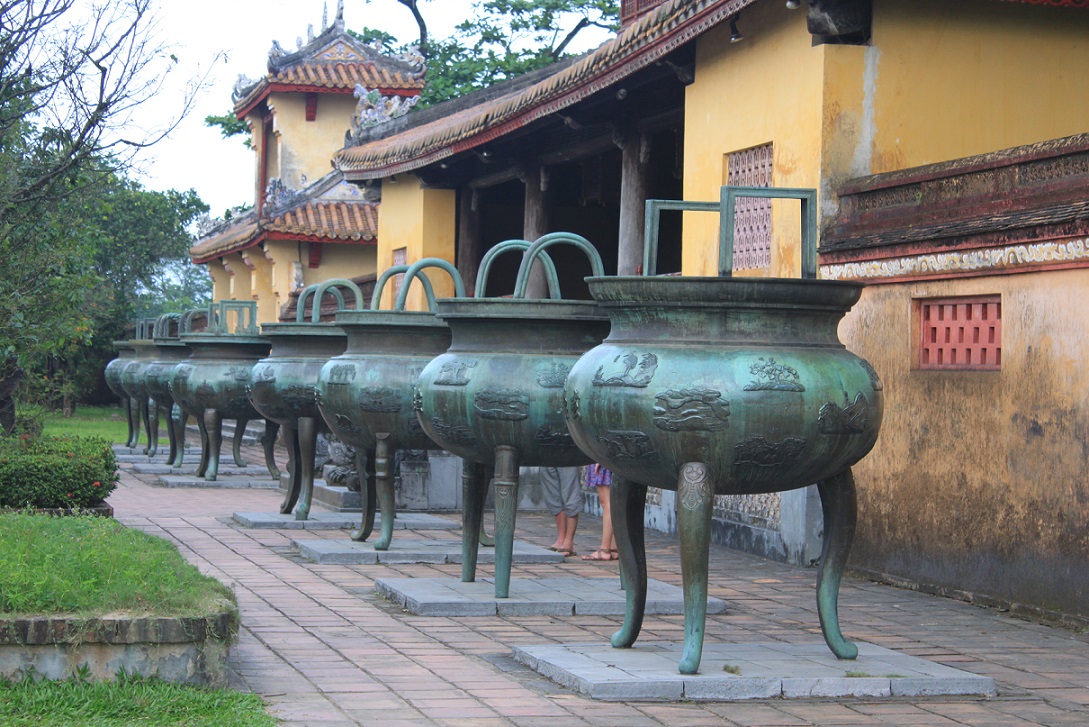 Tam Giang Lagoon
Tam Giang lagoon has 24 kilometers length with an area of 52 square kilometers in Hue. Stemming from Thuan An harbor, small boat sweeps on O Lau river along the length of the lagoon. More than 15 kilometers, fields and bridges along lagoon, we come to Thai Duong Ha village. After 30 minutes, the boat comes to island on the lagoon; there has Thai Duong ancient village.
View more