HOIAN was ever a busy port in Southeast Asia from the 15th to the 19th Century, an international trading port for Japanese and Chinese merchants at that time

Gateway: Just 30Km from Danang, you can go to Danang by plane, train ,and get your own way to Hoian

In the history, The town was also the largest harbour in Southeast Asia in the 1st century and known as Champa City. Between the 7th and 10th centuries, the Cham (people of Champa) controlled the strategic spice trade and with this came tremendous wealth. The former harbour town of the Cham at the estuary of Thu Bon River was an important Vietnamese trading centre in the 16th and 17th centuries, where Chinese from various provinces as well as Japanese, Dutch and Indians settled. During this period of the China trade, the town was called Hai Pho (Seaside Town) in Vietnamese. Originally, Hai Pho was a divided town with the Japanese settlement across the "Japanese Bridge" (16th-17th century). The bridge (Chùa cầu) is a unique covered structure built by the Japanese, the only known covered bridge with a Buddhist temple attached to one side

Weather
Calm mild weather is now limited to the season of May/June - end of August when the seas are calm and wind changes direction and comes from the South. The remainder of the year the weather is intermittent between rain & cold and hot & mild

Beaches: Hoain is 4km from the beach, you can get to the beaches by taxi or rent a bikecycle to get there. Cua Dai beach is very clean and safe for your swimming. 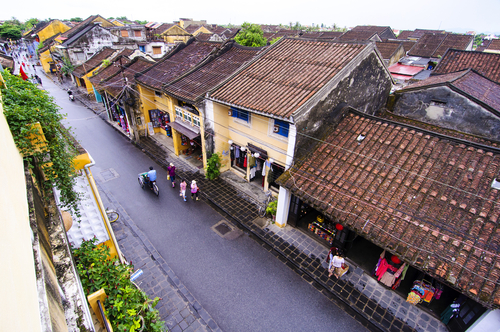 In 1999, the old town was declared as a World Heritage Site by UNESCO for a well-preserved example of a Southeast Asian trading port from the 15th to 19th centuries, with buildings that display a unique blend of local and foreign influences. According to the UNESCO Impact Report 2008, tourism has bought changes to the area which are not sustainable without mitigation.
This longtime trading port city offers a distinctive regional cuisine that blends centuries of cultural influences from East and Southeast Asia, you can have a great cooking class in Hoian for your favourite dishes.

Hoian becomes the best of your highlights in Vietnam, you should stay here at least 3 nights to enjoy the life style, the tranquil, the ancient architecture and the lovely food. 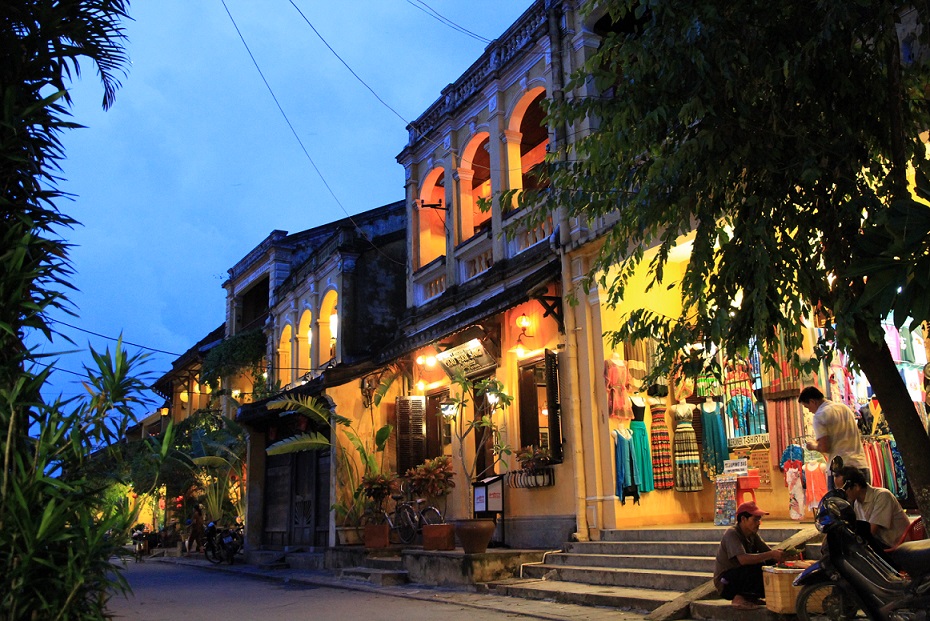 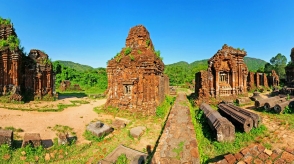 My Son - Holy Temple
My Son Holy Land is situated in an august mighty valley complex. The Holy Land with more than 70 tower-temple architectural structures of Cham Pa civilization retaining historical, cultural, architectural and artistic values from 9 centuries’ time (from 4th – 18th century), is regarded as monumental as other renowned relics in the region of South East Asia such as Angkor, Pagan, Borobudur.
View more 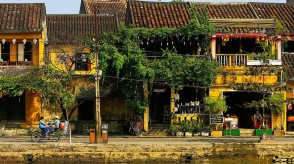 Hoian Ancient Houses
Many Ancient houses are preserved by the families and the local government in Hoian, and mantained by many generations.
View more 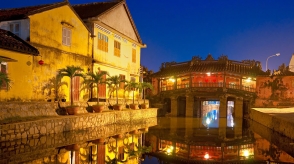