The old name of the city was Saigon, it was named after the former Ho Chi Minh President of Vietnam (he was a president of democratic republic of Vietnam from 1954 to 1969), so this name was changed after Vietnam War in 1976 when the North defeated the South in April 1975 for reunification

Founded in 1698 by Nguyen Lord

The average elevation is 19 metres above the sea level 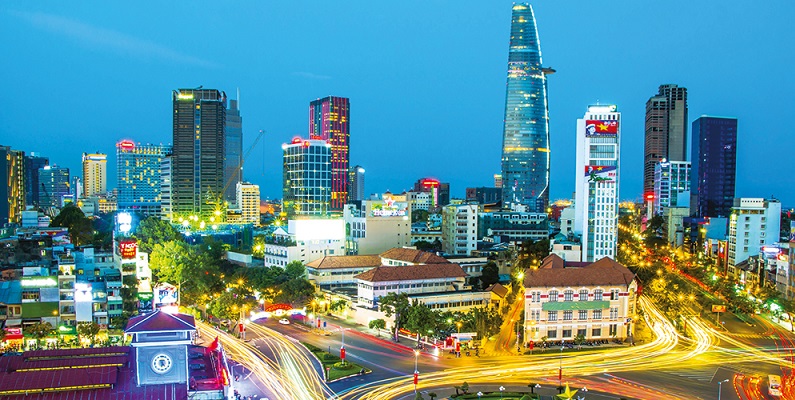 - Early History: It was a rural wild swamland, very low and inhabitated Khmer People. These people used to live on fishing in the river system and farming rice in the low land.

- Khmer era: In early 17th Century, many Vietnamese refugees came down from the North to settle in this area because of the civil war in Vietnam. At that time, Cambodia was out of control, when too many Vietnamese refugees settled in this land, and the Royal Kingdom of Cambodia was weakened by war with Thailand. And then slowly Vietnamized the area. In time, Prey Nokor became known as Saigon. Pre Nokor was a popular seaport of Khmer People.  And Cambodia lost this land when Vietnam Lord was sent to control this part for their big population.

- Nguyễn Dynasty rule: Nguyen Lord sent a general Nguyen Huu Canh to capture this part of Mekong Delta in 1698, and they built a citadel in Saigon for the new administrative structucture. It was later called " Gia Dinh" Citadel. The city of the South became an important part of Vietnam in 17th, 18th, 19th Century, and many Chinese Refugees fled to this region by boats, the city of Saigon became more and more weathier.

- Colonial French era ( 1859 - 1956): The French attacked Danang City ( Central Vietnam) in 1858, and then the Royal Family must accept to have the French protectorate in 1860. During the French Colonial system, Saigon got very fast big development, the city was overplanned, while many new offices, church, post office, railway lines, river port were built. In 1930, Saigon population reached around 130,000 people and 12,000 French residents.

- Capital of Republic Vietnam ( 1954 - 1975): Saigon became the new Capital of South Vietnam after the French failed in the first Indochina War. The French Colonial government left Vietnam in 1956, and America involved to build an other new regime in Saigon. During 20 years, Saigon again got very big development under American support, Huge money was sent to build up new city and army forces to stop the communism spread in Asia. The city was not much damaged by any war attack.So after the fall of Saigon in April 1975, many original buildings are still at good condition. They were captured and reused by the new government of Vietnam.Climate:
The city has a tropical climate, specifically a tropical wet and dry climate, with an average humidity of 75 - 85%, The year is divided into two distinct seasons: Rainy season lasts from May to December, and dry season is from January to April. Average temperature: 28 - 32 oC

Ho Chi Minh City is the largest city in Vietnam, which get the biggest investment and fast development. Today it becomes the most important center of commercial, educational, economic city in the Mekong Delta of Vietnam. Because of increasing population every year, the city government are building more infrastucture for its rapid traffic increases.

It is at its most dizzying: a high-octane city of commerce and culture that has driven the country forward with its pulsating energy. A chaotic whirl, the city breathes life and vitality into all who settle here, and visitors cannot help but be hauled along for the ride.

Today, the city's core is still adorned with wide elegant boulevards and historic French colonial buildings. The majority of these tourist spots are located in District 1 as the center of Old Saigon

Accounting for over 5 million tourists had been to Saigon in 2015. 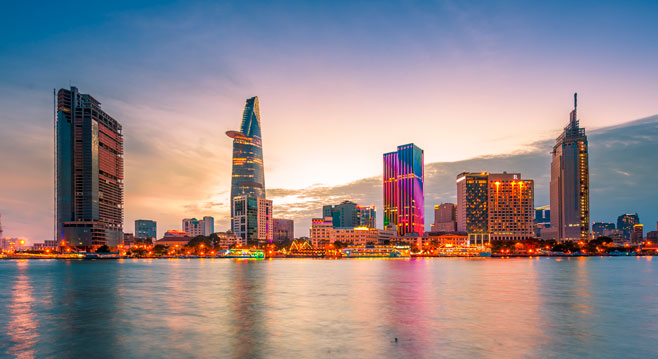 Attractions in the city:

- Reunification Palace: It was the head office of Saigon Capital in Vietnam War from 1954 - 1975, but this palace was rebuilt in 1963 after the original palace was destroyed by a bomb in the rival. On 30th April 1975, the Vietnamese Communist tanks pulled the main entrance of palace to capture Saigon as the sign of its total fall. You can see many original offices, living rooms.

- War Remnant's Museum: It is an emotional museum which displays many war objects, pictures and old weapons used by the South Vietnam and U.S Army.

- Ben Thanh Market: a tourist market where you can buy your souvenirs on yout trip. 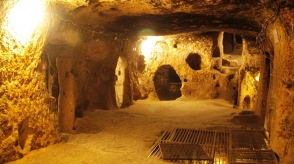 Cu Chi Tunnels
Cu Chi Tunnels are an immense network of connecting underground tunnels, built by the Vietnamese Communists from 1946 to 1975 against the Gorvenment of the South Vietnam.
View more 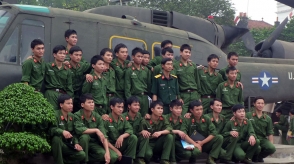 War Remnant's Museum
The War Remnants Museum is currently one of the most popular museums in Vietnam, attracting approximately half a million visitors every year. According to the museum's own estimates, about two-thirds of these are foreigners
View more 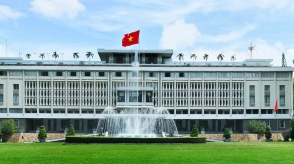 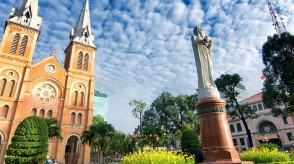