The Mekong Delta region of Vietnam displays a variety of physical landscapes, but is dominated by flat flood plains in the south, with a few hills in the north and west.

The inhabitants of the Mekong Delta region are predominantly ethnic Viet. The region, formerly part of the Khmer Empire, is also home to the largest population of Khmers outside of the modern borders of Cambodia.

The Mekong Delta has been dubbed as a "biological treasure trove". Over 1,000 animal species were recorded between 1997 and 2007 and new species of plants, fish, lizards, and mammals has been discovered in previously unexplored areas

Mekong Delta Vietnam is created by a big river from China, The longest river in Southeast Asia and the 12th longest on earth, the Mekong River journeys  over 2700 miles from the Tibetan Plateau to the southeast, through Laos and Thailand to the equatorial flood plains of Cambodia and Vietnam, then finally flows into the South China Sea.

The Mekong River is also a hub for Vietnamese culture and a major transportation route for villagers living in the Delta. From floating markets selling fish, coconut candy, tropical fruit, vegetables and flowers to bee farms that line the river, the Mekong throbs from before sunrise to after dark with vital economic activity.

- Cai Be for Floating Market (should be 2 days) 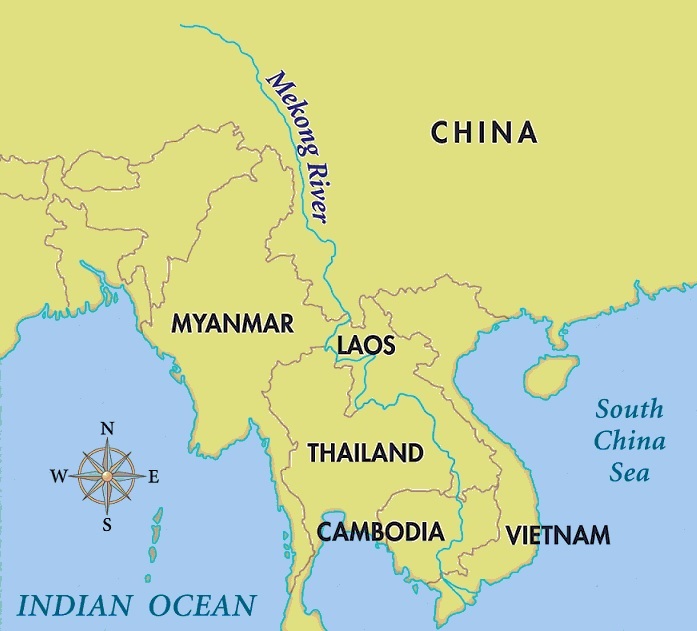 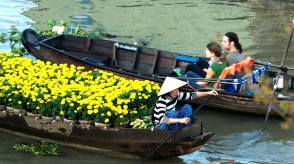 Floating markets in Mekong
The floating markets in Mekong Delta Vietnam are the outstanding trip : The popular markets here are Cai Be, Cai Rang, Phung Hiep - CAI RANG MARKET: the largest wholesale floating market in the Mekong Delta, starts around 05:00 and runs until around midday, meaning that you’ll have to get an early start to the day if you want to visit. Most tour boats along the riverfront leave between 05:00 and 07:00, so if don’t make it to the water by then you’ll have a hard time finding a tour.
View more