During the First Indochina War (between the French and the Viet Minh in the 1950s), the Đồng Hới airbase was used by the French to attack the Viet Minh in north-central Vietnam and the Laotian Pathet Lao army in central and southern Laos. During the Vietnam War, Đồng Hới was heavily devastated by bombardments from the United States B-52 due to its location near the 17th parallel and the DMZ between North Vietnam and South Vietnam.

On February 11, 1965 bombing destroyed much of the city. The Tam Tòa Church, a Catholic cathedral, was severely damaged. Today the bell tower remains near the town center as a monument.

On 19 April 1972, during a major North Vietnam offensive, a task force of four US ships were sailing off the coast of Vietnam — the USS Oklahoma City, USS Sterett, the USS Lloyd Thomas and the USS Higbee. They were attacked by three North Vietnamese MiGs in the battle of Đồng Hới. In an attempt to surprise the task force, the MiGs came in low, described as getting their feet wet. Despite the official stories, they did not surprise the task force, which had spotted them long before engagement range and were ready to shoot. Two ships, the Oklahoma City and the Sterett, had anti-aircraft missiles, while the Higbee and the Lloyd Thomas were armed with dual purpose 5" guns. All ships were at battle stations. 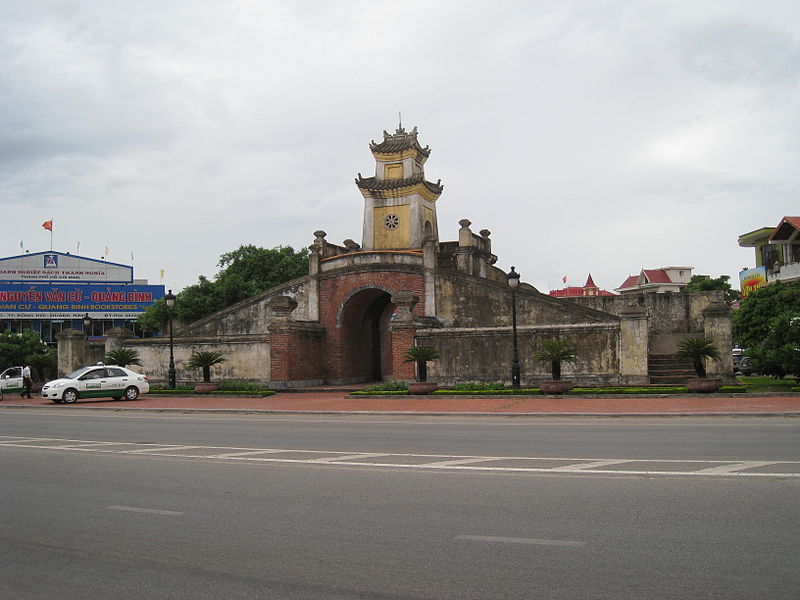 Like all provinces in north and north central of Vietnam, there are four distinct seasons in Đồng Hới. In the spring, it is cool, humid and foggy.

The highlights nearby Dong HoiPhong Nha Cave is a cave in Phong Nha-Kẻ Bàng National Park, a UNESCO World Heritage Site in Quảng Bình Province, Vietnam. It is 7,729 metres long and contains 14 grottoes, as well as a 13,969 metre underground river. While scientists have surveyed 44.5 kilometres of passages, tourists are only allowed to explore the first 1500 metres.

The Phong Nha-Ke Bang National Park, inscribed on the World Heritage List in 2003, covered 85,754 hectares. With this extension, the site covers a total surface area of 126,236 hectares (a 46 % increase) and shares a boundary with the Hin Namno Nature Reserve in the Peoples Democratic Republic of Laos. The Park’s landscape is formed by limestone plateaux and tropical forests. It features great geological diversity and offers spectacular phenomena, including a large number of caves and underground rivers. The site harbours a high level of biodiversity and many endemic species. The extension ensures a more coherent ecosystem while providing additional protection to the catchment areas that are of vital importance for the integrity of limestone landscapes. 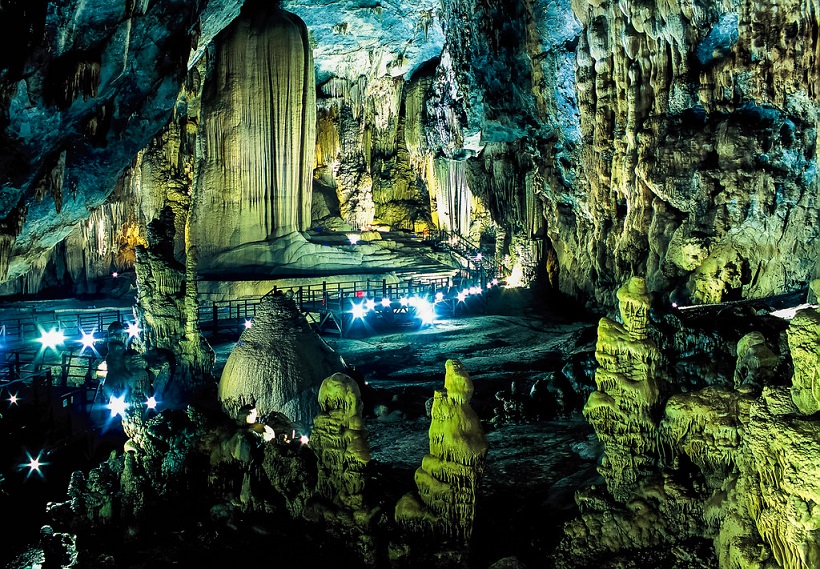 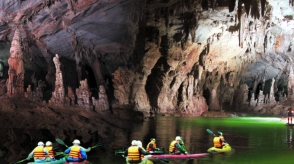 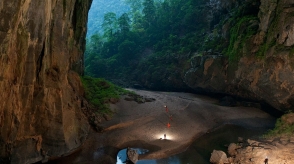 Son Doong Cave
Son Doong cave is world's largest cave, located in Quang Binh province, Vietnam. It is found by a local man named Ho Khanh in 1991 and was recently discovered in 2009 by British cavers, led by Howard Limbert. The name "Son Doong" cave means "mountain river cave", It was created 2-5 million years ago by river water eroding away the limestone underneath the mountain Where the limestone was weak, the ceiling collapsed creating huge skylights
View more