DANANG is the third largest city in Vietnam in terms of urban population and one of the major port cities, in addition to Ho Chi Minh City and Hai Phong.

Situated on the coast of the Eastern Sea, at the opening end of the Han River, it is the biggest city in Central Vietnam. It is governed as one of the five direct-controlled municipalities of the SRV and is thus under direct administration of the central government. Da Nang is the commercial and educational center of Central Vietnam, with a well-sheltered, easily accessible port; its location on the path of National Route 1A and the North–South Railway makes it a hub for transportation. It is located within 100 km of several UNESCO World Heritage Sites, including the Imperial City of Hue, the Old Town of Hoi An, and the My Son ruins.

Temperatures are typically high, with an annual average of 26 -30oC.

Danang is located in a rich civilization and rich culture of Wet Rice cultivation, many airtifacts found here, which were existed over 3000 years ago. Danang became apart of Cham Pa Kingdom before 15th century. Until 1470, Cham Pa was conquered by Vietnam Kingdom, and Vietnamese King, Le Thanh Tong expanded his country bigger to the South Vietnam, and made his Kingdom much bigger.

In the 16th Century, Hoian was a busy port ( just 30km from Danang), and Danang became a boat building place and main transportation.

In the 18th Century, When the rivers in Hoian became too shallow for big merchant boats, The main port was moved to Danang, and many bigger ships were built at that time in Danang.

In 19th Century , Danang was an important port in Vietnam under Nguyen Dynasty's control. Many Western boats and ships came here for trading.

In 1858, The French Warhship attacked Danang and Captured the port when Nguyen Dynasty wanted to close the door with the Westerners and the French.

In 1883, The French captured all Vietnam, when the 4th King of Nguyen Dynasty died. The Nguyen Royal Family lost the power, and the French started a new Colonial system in Vietnam

In 1889, The General of French Indochina established this port as a new modern city , and named it " Tourane"

In 20th century, Danang got very big investment, and many infrastructures were built. So its population reached 30,000 people in 1945.

In Vietnam War (1954 - 1975), Danang city was home to a major air base that was used by both the South Vietnamese and United States air forces, The base was considered one of the world's busiest airports during the war, reaching an average of 2,595 air traffic operations daily, more than any other airport in the world at that time.

Today, Da Nang is the largest city in central Vietnam and one of the country's most important ports

Danang has very famous beaches , very clean & long. Considered to be Vietnam's most picturesque beach, the white sandy 20-mile stretch of My Khe Beach was named by the American troops who visited during the Vietnam War for R&R. Known locally by its proper name Non Nuoc, it offers excellent surfing from September just off the shores of Danang. There are also a number of high-end resorts within the vicinity should you be in need of pampering with most offering a rich choice of treatments at their spas and a range of dining options. 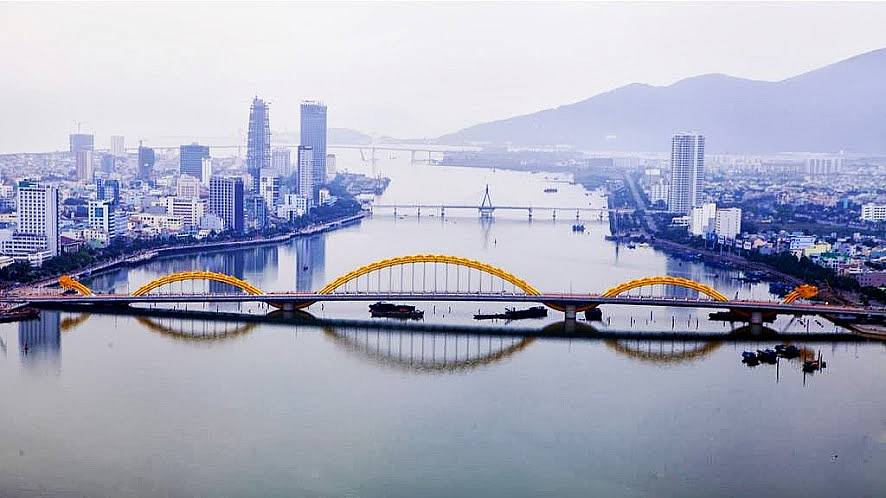 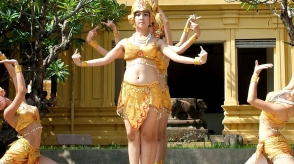 Museum of ChamPa Sculpture
The Danang Champa Sculpture Museum is the largest museum of Chama artifacts in Viet Nam. The museum was founded in 1915 and modeled after Champa towers. It is the last collection of Champa Arts in the world, and specialized in collecting, preserving and displaying artifacts of sculpture of Champa Kingdom as excavated in Champa Temple towers and citadels across Coastal South Central provinces from Ha Tinh to Binh Thuan and the Central Highlands. Over 450 artifacts of the museum provide a holistic picture of the historical prime of Champa Kingdom.
View more 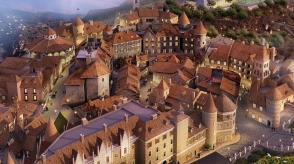 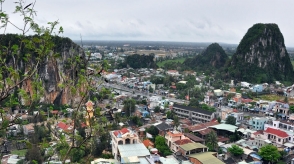