During the Vietnam War (1954 - 1975), it became important as the battleground demarcation separating North from South Vietnamese territories.

The DMZ was a couple of kilometers wide. It ran along the Ben Hai River for much of its length, and an island nearby was controlled by North Vietnamese forces during the Vietnam War. Although it was nominally described as being at "the 17th parallel," almost all of the zone lies to the south of the parallel, with only a small portion of the zone near the eastern end actually including the parallel. It was around a hundred kilometers north of the city of Hue City

The post-colonial conditions of Vietnam were set at the Geneva Conference of 1954; the agreement was finalized on July 21, 1954

The area within 5 km on either side of the border was declared to be a demilitarized zone. Troops of both governments were barred from this area. 3rd Marine Division intelligence estimated the combat strength of NVA and VC forces in the DMZ area in January 1968 was 40,943 troops

Exploring the Demilitarized Zone can today be comfortably achieved by joining one of various organised tours starting daily from Hué. Together with a local guide the most famous war settings, as Khe Sanh Combat Base, The Rockpile, Ho-Chi-Minh-Trail, Doc-Mieu-Station or the Vinh Moc tunnels are visited on a full-day trip. 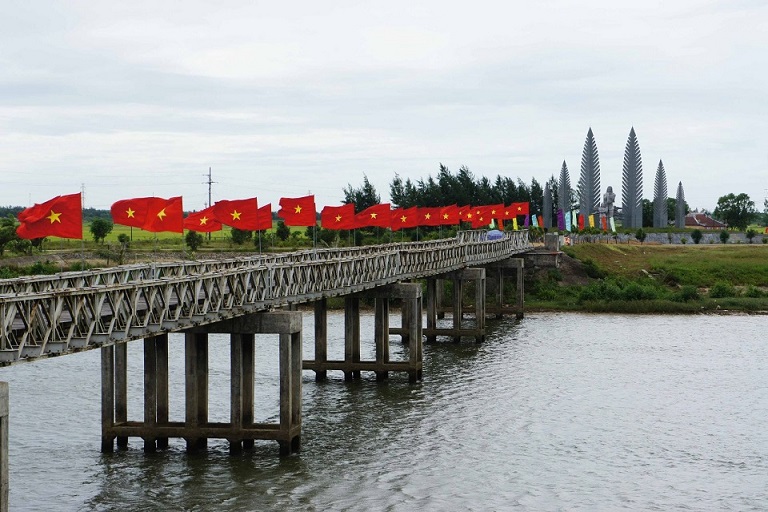 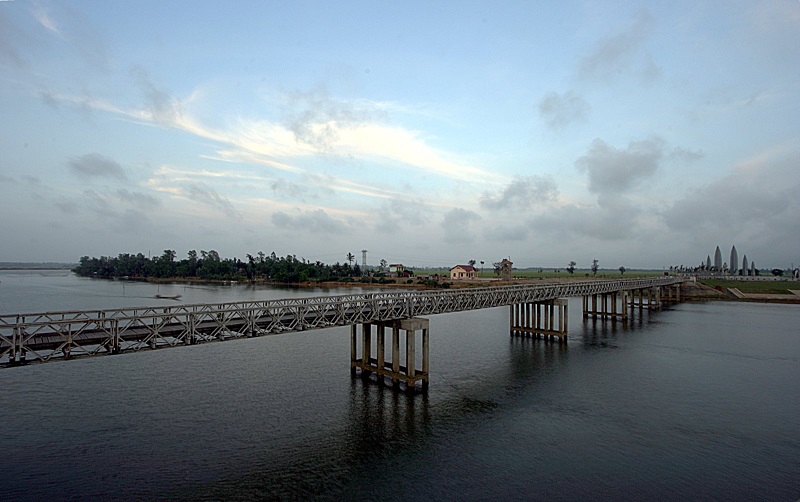 Vinh Moc is a tunnel complex in Quảng Trị, Vietnam. During the Vietnam War it was strategically located on the border of North Vietnam and South Vietnam. The tunnels were built to shelter people from the intense bombing of Son Trung and Son Ha communes in Vinh Linh county of Quảng Trị Province in the Vietnamese Demilitarized Zone. The American forces believed the villagers of Vinh Moc were supplying food and armaments to the North Vietnemese garrison on the island of Con Co which was in turn hindering the American bombers on their way to bomb Hanoi. The idea was to force the villagers of Vinh Moc to leave the area but as is typical in Vietnam there was nowhere else to go. The villagers initially dug the tunnels to move their village 10 metres underground but the American forces designed bombs that burrowed down 10 metres. Eventually against these odds, the villagers moved the village to a depth of 30 metres. It was constructed in several stages beginning in 1966 and used until early 1972. The complex grew to include wells, kitchens, rooms for each family and spaces for healthcare. Around 60 families lived in the tunnels; as many as 17 children were born inside the tunnels. 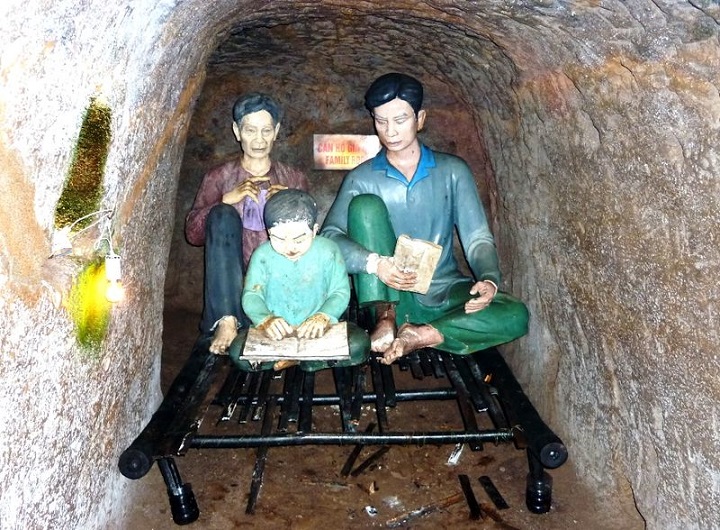 The tunnels were a success and no villagers lost their lives. The only direct hit was from a bomb that failed to explode; the resulting hole was utilized as a ventilation shaft.

When the War took place in Vinh Moc from 1966 to 1972, the United States Army released over 9,000 tons of bombs in the area, with a ratio of 7 tons of bombs on average per person. But the local people didn't want to leave or lose their motherland. So, they began to dig tunnels in 1965 and finished in 1967 with simple tools in 18,000 labor days. The total length of the tunnels is nearly 2,000 m long with 6 entrances to the tops of hills and 7 entrances to the South China sea. 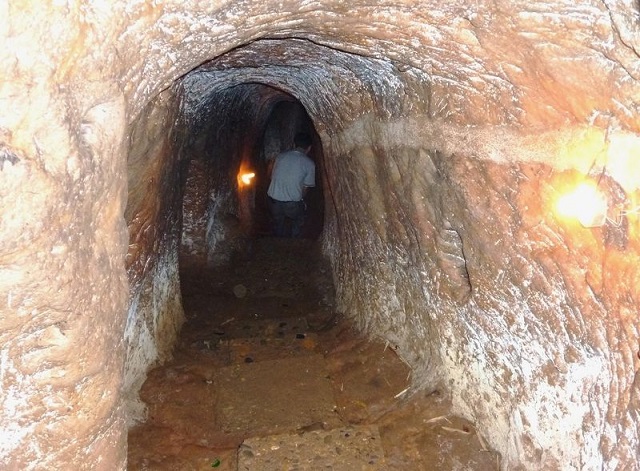