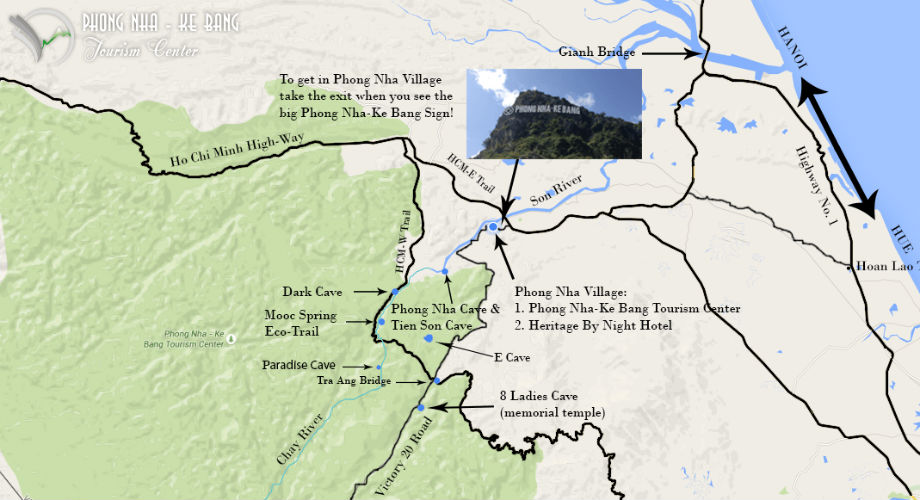 Phong Nha Cave is a cave in Phong Nha-Ke Bang National Park, a UNESCO World Heritage Site inQuang Binh Province, Vietnam. It is nearly 8km long and contains 14 different grottoes, as well as a 14km underground river. While scientists have surveyed 44.5 kilometres of passages, tourists are only allowed to explore the first 1,5km

Phong Nha cave, from which the name to the whole system and the park is derived, is famous for its rock formations which have been given names such as the “Lion”, the “Fairy Caves”, the “Royal Court”, and the “Buddha”.

Its cave system features underground passageways and river caves filled with stalactites and stalagmites. The stalagmites that used to stand at the cave’s entrance apparently inspired its name: Phong Nha means ‘Wind and Teeth’.

Phong Nha is famous for its rock formation that bear intriguing names such as the ‘Lion’, ‘Unicorn’, ‘Kneeling elephant’ and ‘the Buddha’. After flowing about 19 km underground, the Son river emerges from the mouth of this cave, draining a huge area of the limestone mountains around Phong Nha.

How To Get To Phong Nha

You must go by bus / car from Dong Hoi City to boat station which is 50km away.

Nestled at the foot of limestone cliffs that began formation 400 million years ago, Phong Nha is the gateway to Phong Nha-Ke Bang National Park, home to a series of world record-breaking caves. Situated 50 kilometres northwest of the provincial capital of Dong Hoi and built along the Son River, the small village of Son Trach (also referred to as Phong Nha) is growing to meet the growing number of tourists flocking to explore these underground worlds.

Phong Nha Cave is popular and rightfully so. Sitting in a wooden dragon boat, you’ll float on an underground river through many mysterious passageways and grottoes. Thrill-seekers will love Dark Cave – imagine venturing into an unlit cave and taking a swim in a giant mud bath.

Son Doong Cave
Son Doong cave is world's largest cave, located in Quang Binh province, Vietnam. It is found by a local man named Ho Khanh in 1991 and was recently discovered in 2009 by British cavers, led by Howard Limbert. The name "Son Doong" cave means "mountain river cave", It was created 2-5 million years ago by river water eroding away the limestone underneath the mountain Where the limestone was weak, the ceiling collapsed creating huge skylights 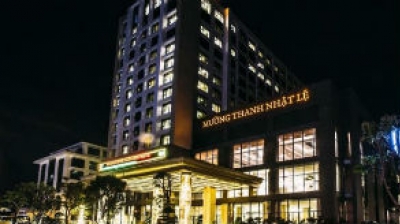